The GMB’s industrial action with Centrica/ British Gas last week has pushed once again the practice of ‘fire and rehire’ into the spotlight. Again this week 1,000 gas workers across Scotland and thousands more across the UK will go on strike. This is in response to workers being told they must either accept cuts in their terms and conditions or be fired and then rehired on less favourable terms. 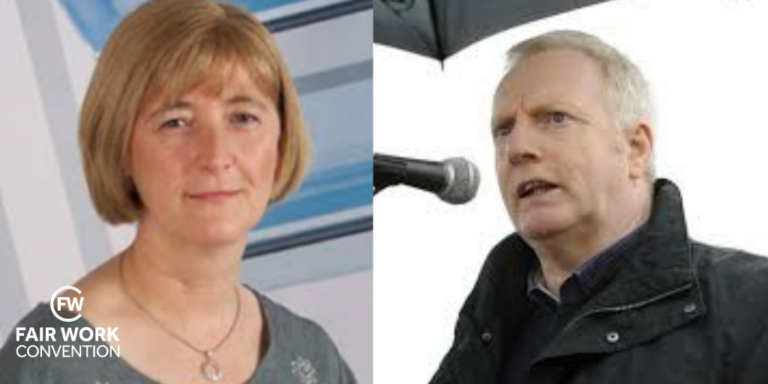 The practice of ‘fire and rehire’ is not new but its use by employers may be more likely during the COVID 19 pandemic. Parties to contracts of many types are unable to unilaterally change contract terms. Yet in employment contracts ‘fire and rehire’ can be lawful, though its use is controversial, often making headlines when negotiations breakdown between unions and large employers. However, there is some evidence to suggest that the practice, or the spectre of it, has also been used by smaller employers and in non-unionised workplaces to alter terms and conditions with much less fanfare, leaving little or no recourse for the employee who must accept the reduced terms or find themselves out of a job.

A high profile case earlier in the year was British Airways. Here 30,000 workers were threatened with dismissal if they did not accept cuts to their terms and conditions including, according to their union, cuts to their pay of more than 60%. This case prompted SNP MP Gavin Newlands to introduce a Private Members Bill in Westminster designed to outlaw the practice of ‘fire and rehire’. This short Bill aims to amend the Employment Rights Act 1996 and would include the rehiring of a worker on less favourable terms in the definition of unfair dismissal. The Bill continues to make its way through the UK Parliament, but, as it is not supported by the UK Government it is unlikely to pass.

Despite this, there is a high level of cross-party consensus that ‘fire and rehire’ policies are generally unfair and should be outlawed. Last year, in his speech to TUC conference, Kerr Starmer MP, Leader of the Labour Party, called for this, while the Centrica dispute has again drawn calls from across the political spectrum to outlaw the practice. In response to a question raised recently at First Minister’s Questions, the First Minister also called for a change in the law.

Fair work is designed to drive up employment standards across Scotland. One of the dimensions of fair work is security which recognises that employment security and security of income and hours are necessary for work to be considered fair. The fair work agenda goes, by design, beyond narrow legal compliance with minimum standards and instead tries to unlock the benefits for employers and workers of high quality work. The Living Wage campaign, which promotes a minimum rate of pay that people can live on, rather than the minimum required by law, is a clear example of this approach.

The Scottish Government has, to its credit, endorsed and adopted the Convention’s aim to create a Fair Work Nation by 2025. However, if practices like ‘fire and rehire’  remain legal and openly used by employers across Scotland they will act as a block to the meaningful realisation of fair work as it is experienced by workers in the workplace.

Driving fair work forward is a difficult task and takes commitment from employers, unions, workers and the Government. While employment law is a reserved matter,  there are tools at our disposal. The Scottish Government recognised this when it created its Fair Work First agenda which aims to use procurement, grant giving and contracting relationships to push forward fair work and ensure public money is used to achieve fair work outcomes.

As we move forward we need our collective vision of a Fair Work Nation to be visible in everyday workplace and industrial relations practices. While the Convention recognises that fair work is a journey that individual employers are making at different paces, we are also aware that some practices are almost always incompatible  with fair work. ‘Fire and rehire’, in our view, fits this definition. Its use flies in the face of normal contractual relations, which require genuine agreement to any contractual change; it undermines the need for constructive dialogue within workplaces as well as good workplace relationships, and may well undermine employee trust and commitment long beyond its immediate use, harming businesses along the way.

When faced with employment practices where there is a high degree of consensus that the practice is rarely justifiable and most often punitive,  we must  take action to deter its use. Calling out unacceptable practice, such as ‘fire and rehire’ is crucial to the defence of fair work and to ensuring a successful journey towards Scotland being a leading Fair Work Nation by 2025.