“Unprecedented” or “crisis” are the most common descriptors attached to Covid-19. The pandemic has caused near- 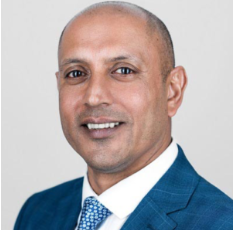 complete turmoil to long-held norms in the traditional world of work. So it wouldn’t be an inaccurate observation that many of the work sectors that have been best able to confront, survive and adapt to the challenges presented by the pandemic are those that already value many, if not all, of the five dimensions of Fair Work: Effect Voice; Opportunity; Security; Fulfilment and Respect.

For me, effective voice within workforces has been at the centre of the best Covid-19 endure and thrive stories. I am prepared to have my justifiable bias challenged if anyone can give me alternate examples to trade union recognition and collective bargaining, that provide an equal or better mechanism for giving a voice to employees. My justification for trade unions lies with their central tenets of having democratic structures and processes which build-in accountability, along with an exercisable right that every citizen has to belong to a trade union.

There are sectors of the economy that are characterised by exploitative traits that are juxtapositional to the aims of the Fair Work Convention. Albeit not exclusively, many of these involve the so called “gig” economy, which exists by virtue of a total imbalance of power and decision making in favour of the employer. They have particularly struggled without the foundations that the fair work dimensions would have provided, had they been present. Unsurprisingly the precariousness of this work often manifests itself through short-term thinking, low pay, uncertainty, insecurity and disregard for worker concerns.

One of my frustrations since I was appointed as a member of the FWC in 2018, has been how sparse the take up of the Fair Work Framework and its offerings has been both from the trade union as well as the employer sides. This does not reflect on the efforts of the Convention members and our Secretariat. Nor does it accurately portray the support and intent of the Scottish Government in terms of its sustained consistent messaging and clear desire for Scotland to become a Fair Work nation. After all, is there another country in the world that has a Government Cabinet Minister with Fair Work in their title? More apparent though, has been the lack of identifiable and cross-sector socio-economic drivers for workplaces to overcome the huge inertia that invariably comes with changing any status quo that has been established over decades.

It would be all too easy to look back and be critical of stakeholders, for example trade unions and employers, for not implementing Fair Work. Much more constructive is to view the pandemic and the recovery therefrom as that missing cross-sector driver for lasting change. Viewed through that paradigm, the recovery becomes possibly the best opportunity for all stakeholders to move forward on a more equal footing, towards the establishment of new sustainable and innovative norms that have at their heart all of the five dimensions of Fair Work.

What remains exciting and in many ways always has, is that intuitively or otherwise, it is impossible to believe that there would be a single individual or organisation – whether they are from the worker or employer side – who would openly argue against wanting work to be fair or fairer. So in these terms, one could expect that there really should be no barriers.

During the height of the pandemic we saw the entire country clapping the NHS and social care staff. How much we value their service and their dedication is a given. But does clapping do anything to change the employment experiences of the 200,000+ incredible human beings in Scotland’s social care sector? Equality is at the centre of everything that the Fair Work Convention stands for. So if I tell you that 80% of these workers are women, routinely working staggeringly high levels of unpaid overtime, for equally staggeringly low wages what would you think? Clapping certainly does not make their working day fairer. But neither do we need to set up another commission or another review body. We don’t need to gather more evidence or consult more experts. No, because the FWC’s 2019 Inquiry into Fair Work in Scotland’s Social Care Sector permits us to bypass all of that. The Inquiry helpfully distils what the care sector needs into 5 key recommendations, but without underplaying the enormous challenges that lie ahead. Recommendations that stakeholders and decision-makers, particularly those that commission social care, just need to grab and implement as those much needed first steps.

Whilst the Social Care Inquiry was a huge undertaking for the Convention and it fully utilised the Fair Work Framework to make sure all dimensions were suitably captured, implementing Fair Work at the local level need not be a complicated nor daunting process.

The challenge isn’t really about winning the argument about whether we want Scotland to be a Fair Work nation. Nor should it be about retaining recent or historic worker/employer power inequalities. It’s about how we all start from a place of willingness and intent and work together as equals, using the simple tools and support already available, to sustainably deliver fair, fulfilling and valued work into Scotland’s workplaces of the future.